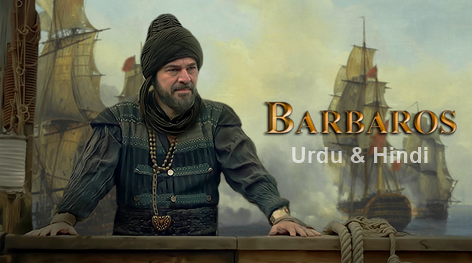 The story of 4 sailor brothers who ensure Ottoman supremacy in the Mediterranean; Hayreddin Barbarossa, Oruc Reis, Ishak and Ilyas.

Barbaroslar is an upcoming Turkish historical fiction television series created by ES Film, starring Engin Altan Düzyatan and Ulaş Tuna Astepe in the lead roles. The series will depict the life of Barbaros Hayreddin Pasha, a “Kapudan Pasha” of the Ottoman Empire.

The series is written by Cüneyt Aysan, Ozan Aksungur and Oğuz Ayaz. The series is being filmed in Istanbul. In collaboration with Algeria, some of the scenes will be filmed in the Algerian Maghreb. It begun shooting in the last weeks of March 2021.

Casting of actors is still ongoing. It was initially confirmed that Çağatay Ulusoy would be a member of the cast, and would have a lead role, although he later announced his departure from the show. Engin Altan Düzyatan announced that he was taking part in the series after he had been caught outside a gym, he replied to the media that he was training hard for the new Barbaros series.

The series is expected to be released in September 2021. It is expected to have 5 or 6 episodes, and to be aired as soon as the filming is complete. The first teaser trailer for the series was released on 20 June 2021.